What’s your favorite book? If it appears on this list, someone has tried to ban it.

Begun in 1982, Banned Books Week brings together communities of book lovers — librarians, authors and journalists, teachers, booksellers, publishers, and readers of all kinds — to raise awareness of the threat to free expression posed by censorship.

Every year there are hundreds of attempts to remove books from school and public libraries. The challenging and banning of books because they are deemed controversial or potentially offensive runs counter to the free exchange of ideas in a diverse society and to rights guaranteed by the First Amendment.

Find a list of the most-challenged books and more information at the American Library Association website, and celebrate the freedom to read all books, including those that have been challenged or banned. Samples of challenged books, selected from the Penrose Library collections, are on display for the next two weeks.

A Look Back: A Brief History of Whitman College Presidential Inaugurations

On the occasion of Kathleen Murray’s upcoming installation as the 14th president of Whitman College, it’s a good time to take a look back at inaugurations past.

Alexander J. Anderson, Whitman’s first president (1882-1891), apparently had no public celebration at the beginning of his term, which was also the birth of the college proper, although Whitman Seminary had existed (at least on paper) since 1859.

James Eaton arrived in November 1891 and was welcomed at the train by a few male students. He had taken three months to arrive from the east after being appointed.  A formal reception was subsequently held in the college chapel where a few brief welcoming comments were given by Anderson and others.  The Walla Walla Union-Journal of November 26, 1891 reported as follows: “. . . when they [Anderson and Eaton] clasped hands it seemed as though completing that tie which binds a great and good work well done, to a splendid administration just begun.”  Not so splendid, as it turned out, as Eaton resigned in 1893, reconsidered, then resigned for good in 1894.

When Stephen B.L. Penrose arrived in 1894 from Hawaii, where he was pastoring a church, he was already a member of the Board of Trustees. He was not certain he wanted the job but was persuaded by enthusiastic students and faculty.  He was formally inaugurated at the Walla Walla opera house on June 12, 1895, and remained in the position for forty years.  At the time of his appointment, he was only thirty years old, thought to be the youngest college president in the United States.

Presidents Walter Bratton (1936-1942) and Chester Maxey (1948-1959; 1967-1968) both were long-standing faculty members and accepted the presidency on an interim basis, taking office with little fanfare.  In Bratton’s case, the sudden resignation of Rudolf A. Clemen necessitated a quick replacement. Maxey took office following the death of Winslow S. Anderson in 1948.

Louis Perry was inaugurated on October 18, 1959, as Whitman’s eighth president.  (See photo below.)

Donald Sheehan’s inauguration in 1968 was the first held in the brand-new Cordiner Hall.  (See photo below.)

Sheehan died in 1974, and Dean Kenyon Knopf took over until Robert A. Skotheim assumed the presidency in 1975.  He served 13 years, the longest tenure since Penrose.

Traditionally the inauguration of the president has been held in conjunction with the opening of the college year or commencement, as was the case for Thomas Cronin in 1993 and George Bridges in 2005.

David Maxwell, who took office in August 1989, broke with tradition by eschewing the traditional inauguration, instead holding a presidential symposium called the “Changing Face of the Socialist World,” which was held in the fall of 1990.

As part of Whitman College’s 2015 Summer Read program, first-year students read Edwidge Danticat’s 2007 family memoir Brother, I’m Dying. Danticat writes about her childhood experiences in Haiti living with her uncle and aunt, and her move to join her parents in the United States at age twelve. As an adult, she maintains her close relationship with both parts of her family as political developments in Haiti threaten her uncle, and her father becomes increasingly ill with lung disease. Every fall, Penrose Library features an exhibit about the Summer Read book in our main floor display case. This year’s exhibit, curated by Circulation Supervisor Sarah Owen, brings together artifacts that speak to the themes of Danticat’s work, emphasizing both the geographic distances between Edwidge, her father Mira, and her uncle Joseph, and the close ties between them, as well as the larger socio-political and medical contexts of their lives. The rotary-dial telephones in the display case were borrowed from members of the Whitman community; books on display are part of the Penrose Library collection.

We invite all Whitman community members to stop by the Library and see the exhibit, to check out a copy of Brother, I’m Dying, and to attend Edwidge Danticat’s lecture on September 10 at 7 p.m. in Cordiner Hall.

Want to be a better researcher? Take a library class!

Do you want to learn how to navigate Penrose Library’s databases with ease? And find the best resources for your papers and projects? Take a library class!

Library 100 – Information Literacy will introduce you to the Library’s resources and services while helping you to develop information literacy skills. We’ll focus on learning how to find, evaluate, and effectively use a variety of sources.  Library 100 is a one-credit class, meeting once per week on a credit/no credit basis, and is offered Fall Semester 2015 on Tuesday OR Thursday from 2:30 to 3:20. For more information, contact Julie Carter (509-527-5915) or Lee Keene (509-527-5917).

We have made many changes to the Penrose Library website over the summer! Systems and Applications Librarian Kun Lin started work on the redesign by meeting with faculty and student focus groups in the spring semester of 2015. These groups identified important features to keep, as well as new functionality to incorporate. Recommendations from this user testing inform the new site design. Key features include responsive design (the website automatically scales for tablet and mobile devices) and an integrated side navigation menu. There are also new ways to search for databases and journals. Be sure to look at the Quick Check section of the home page. You can see at a glance in real time if study rooms are available, as well as what tutors are available at the Learning Commons; find a library map; or link to your library or ILL account. We welcome your feedback on the new site design and on additional features you would like to see.

When Penrose Library switched to its new catalog system, Sherlock, on January 8, 2015, it was a momentous occasion for library staff here at Whitman, who have been working hard since last June to implement this change. But we’re not the only ones who are celebrating. Over the last two years, the 37 libraries in the Orbis Cascade Alliance (aka “Summit”) have all been moving to a shared catalog system. Whitman was the final piece in the puzzle, so all of the Summit libraries were excited about our switch! Now that all of the libraries are using the common system, we will be able to share information and collaborate more easily. For example, one great new feature is Summit item requesting within Sherlock.

We’re looking forward to introducing you to Sherlock in the Spring 2015 semester. There are lots of ways to learn more about Sherlock.

Resources to help you find, cite, use, and manage data for classes and research

Resources to help you find, cite, use, and manage data for classes and research

If you need to find data to support an argument in a paper or to analyze for a project, where do you start? Our new Data Resources LibGuide suggests starting points for the social sciences, the sciences, and the humanities, and provides links to online resources that support data analysis and visualization. We also have guidance for writing Data Management Plans, and best practices for citing datasets that you use in your research. Check it out, and let us know what additional data resources would help you! 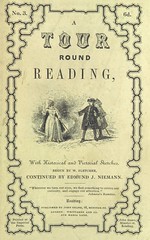 First-year students: do you need an introduction to college level library research? Your very own personal librarian can give you a quick orientation to finding and using library resources, help you get started on a paper or assignment, and generally answer any library-related questions you may have.

Penrose Library is proud to present the Spring 2014 Library Newsletter

by Kun Lin  May 12 14
Penrose Library is proud to present the Spring 2014 Library Newsletter that highlights our news, achievements and staff developments. We need to thank Lynne Vieth, Research & Instruction Librarian, who was instrumental in developing and producing this piece. Please direct any questions or comments you might have to Lynne.

We also extend our congratulations to our graduating Seniors!

The scanner on the main floor of Penrose Library is now even more high-tech! Our nifty new Smart Dock allows you to connect your Android or iOS device via the KIC Scanner wifi network, then upload your scanned document directly to your device. And if you’re using Google Docs for your document storage, the upgraded software allows you to send documents directly to your personal or Whitman accounts. Come by and check it out!